Trouble in the Neighbourhood

My ten year old had a rough time the other day. My boys have a number of friends in the cul-de-sac that they run around with when the weather is warm. There are 5 or 6 boys all about the same age, which is a huge part of why we chose this home in this neighbourhood. In the cul-de-sac across the way there is another big group of boys. On Monday, those boys came to get the boys on our street to come and have a big game of street hockey. My kids gladly went, taking their hockey net with them.

Now the boy who comes knocking, we will call him K, has had a few issues with our kids before. He tends to get frustrated and swear at the other kids. When this happens, our kids either ignore him or they just leave. He is the smallest boy in his group, even though he is the same age. He tends to bluster and boss, but not too big a deal.

Well, during the game there was an argument over whether or not a goal counted. Both entire teams were having a loud discussion about it. K came over to my boy, R and got in his face, yelling and swearing. R is the youngest kid in the group and not very big for his age, so I guess he looked like the best target for K's anger. Pretty soon yelling turned into pushing and my little boy found himself standing in the middle of this group of boys being pushed back and forth and yelled at.

Now, I am a bit surprised that he didn't fight back. He is small but strong and has the skills to defend himself as well as a pretty quick tongue. But he just stood there, I think he was a bit shocked!

B, my eldest at 13, stood up. He puffed himself up like a peacock (he does this all the time to the adults in his life to show them how much he is growing. One by one he is outgrowing all of us), so he pulled back his shoulders and did his best Dad voice. "IF YOU TOUCH MY BROTHER AGAIN, I AM GONNA BEAT THE CRAP OUT OF YOU!"

Will you think I am a terrible person if I tell you how blinkin' proud I am of that? Not only did he stand up for his little brother, which is something we expect, he showed remarkable self-confidence in his ability to do so.

This is a quiet, bookish kid. He has never been a very physical boy, there was a time, not that long ago, when he couldn't have done a push-up if you paid him. He has always been extremely friendly and personable, but not confrontational. He had been bullied a bit when he was in school, by older kids who couldn't understand why this little kid kept talking to them and treating them like friends and equals. It totally crushed him.

So my quiet little boy can now roar like a lion. I think taekwondo and hockey have definitely contributed to his self confidence as well as his physical abilities. Now he could do push-ups all day:) But he is also growing up. Growing into a wonderful young man that I am so proud to call my son.

I was happy to hear that one of their friends stood shoulder to shoulder with B to protect little R. The other boys backed off and when some other kids came out, they went in their homes. By this time R. was already headed home.

I am proud of how R handled himself as well. He didn't lose his temper and go off the handle as he has a tendency to do. I feel terrible that he felt so powerless though. Even with his martial arts training, he was paralyzed in the moment. He came home and asked me if he and his brother and friend could go to the corner store. I didn't really want them wandering the neighbourhood so I said no. Then he broke. He started to cry and tell me that K had been swearing at him, I questioned him a bit and got to the part where they were all pushing him around. The reason he wanted to go to the store, was to have a reason for the 3 of them to get away from these kids who had been so mean to him. I thought that was a pretty good strategy.

Even though they had an awful experience, I actually feel better about them going off on their own to play now. I know that they are there for each other and will fight for one another. And I don't think those other kids will be anxious to start trouble again any time soon.
Email Post
Labels: boys 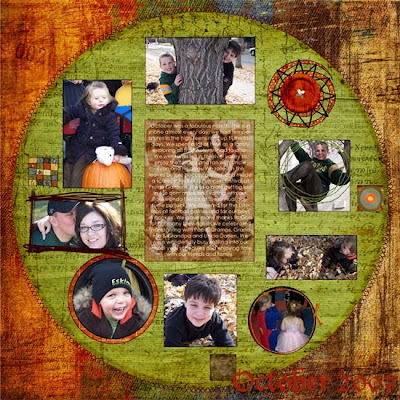